The Hazards of Mouthwash

Oral rinses have been around for centuries. They have been as simple as salt in water or as convoluted as mixed herbs in a vinegar base. But it was during the 19th century that alcohol was added to mouthrinse to fight germs and bacteria. Listerine was probably the forerunner in that category, but bear in mind that before it became a mouthrinse, it was originally used as an antiseptic for surgical procedures and to clean floors. 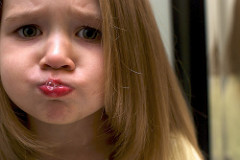 Fast forward to the present, and we find that mouthwashes haven’t changed much in the past 100 plus years. Listerine is still popular with its 27% alcohol content. That is pretty significant when you realize that alcoholic drinks range from a low of 3% (beer, wine) to about 40% (whiskey, rum). It is not unusual to hear stories of people who actually have gotten drunk by drinking alcoholic mouthwash. (It is definitely a poor man’s way to have an alcoholic drink for less money.)

The question then is why you would put this carcinogenic substance in a mouthwash. Sure it may kill a few extra germs, but does the benefit outweigh the risk? I think not. There are better choices.

The basic thing to keep in mind when using these rinses is: is it poison?

Just like we have already expressed in My Secrets to Regaining Health, if something goes in your mouth, chances are pretty good that you will end up swallowing it. This applies to mouthwash as well as toothpaste.

So what are our choices? Well there are many options for natural mouthrinses. Health stores have a big selection to choose from. But even that may be confusing. The bottom line is to use anything that is nature based, mostly with herbs and plants.

For now, I’m sticking to oil pulling with coconut oil. Just add a few drops of mint oil or oil of oregano, and you should be good to go. It not only acts as an effective mouthwash, but also can detox your body through the mouth meridians, and supply you with essential fatty acids sublingually. No mouthwash from any store will do that.

My Secrets to Regaining Health

Reply Stacey Hall
4:01 PM on October 5, 2014
As a Certified Natural Therapies Coach, I do exactly what you do -- I use coconut oil with either Lemon, Frankincense or Myrrh essential oils. I also use Thieves mouthwash from Young Living at www.youngliving.org/chitobe.
www.chi-to-be.com

Reply Dr. Brand
10:07 PM on October 6, 2014
Hi Stacey. Thanks for sharing that information. Those are all great options.

Reply Kaptain Kobold
2:34 PM on February 14, 2016
Thanks for letting me know that you used my photo to illustrate this post. Having seen the context of its use I must politely request that you take it down and use one from another source. Thank you.