It has been 70 years since the United States first started adding fluoride to the municipal water supplies. Many legal battles to remove this toxin from our drinking water are in progress, but still this noxious chemical endures as a staple in our daily diet. 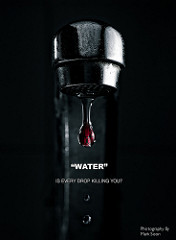 Most developed nations in the world have rejected fluoridation, including 97% of western Europe. The United States, which fluoridates more than 70% of its water supplies, is an exception to this rule. According to the British Fluoridation Society, there are more people drinking artificially fluoridated water in the United States than all other countries combined. That last bit of information can really make you think.

So, after 7 decades of fluoridation, what are the statistics?

According to the Centers for Disease Control (CDC), “as a result [of water fluoridation], dental caries declined precipitously during the second half of the 20th century.” And they have all the statistics to back this up. 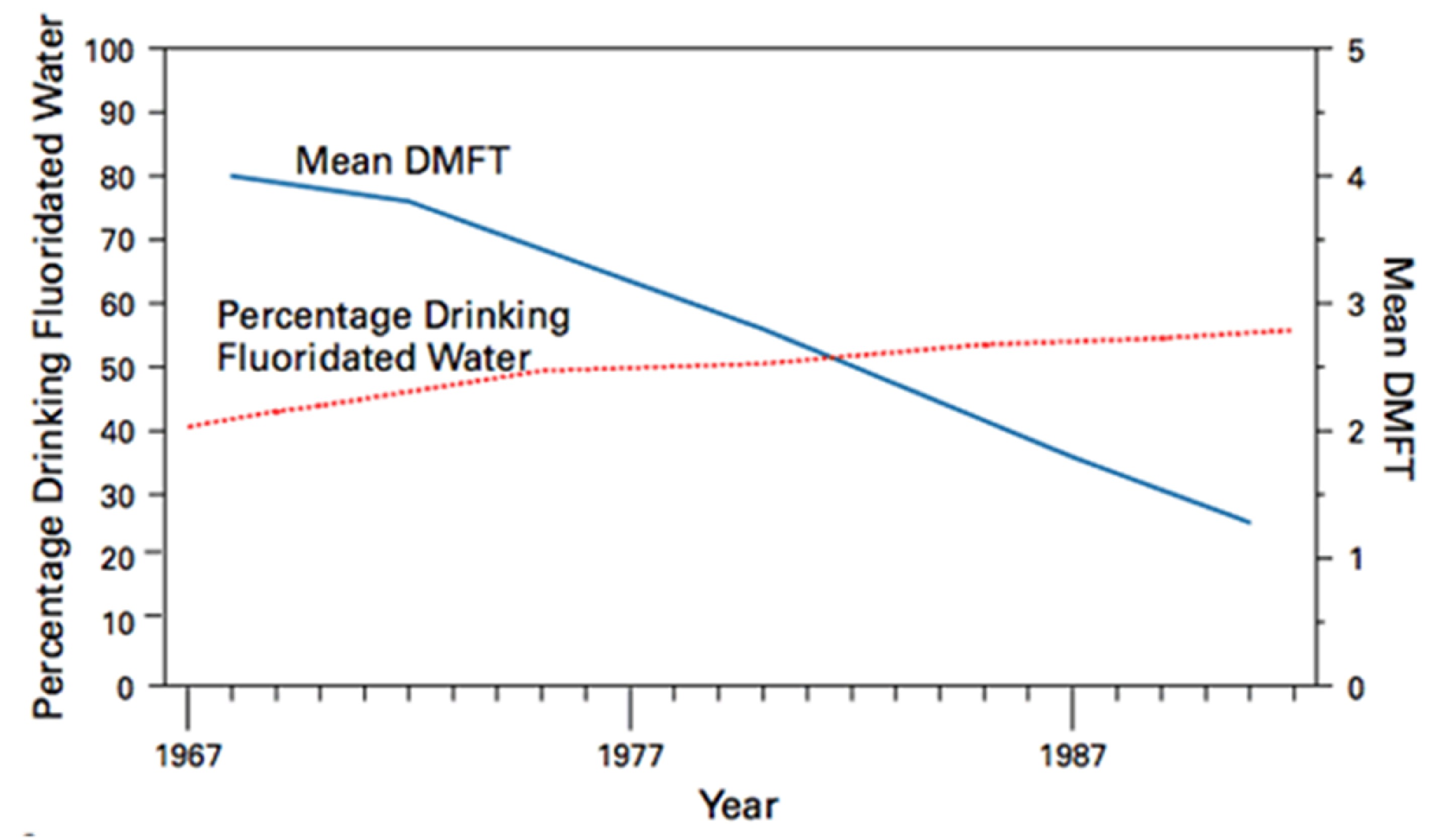 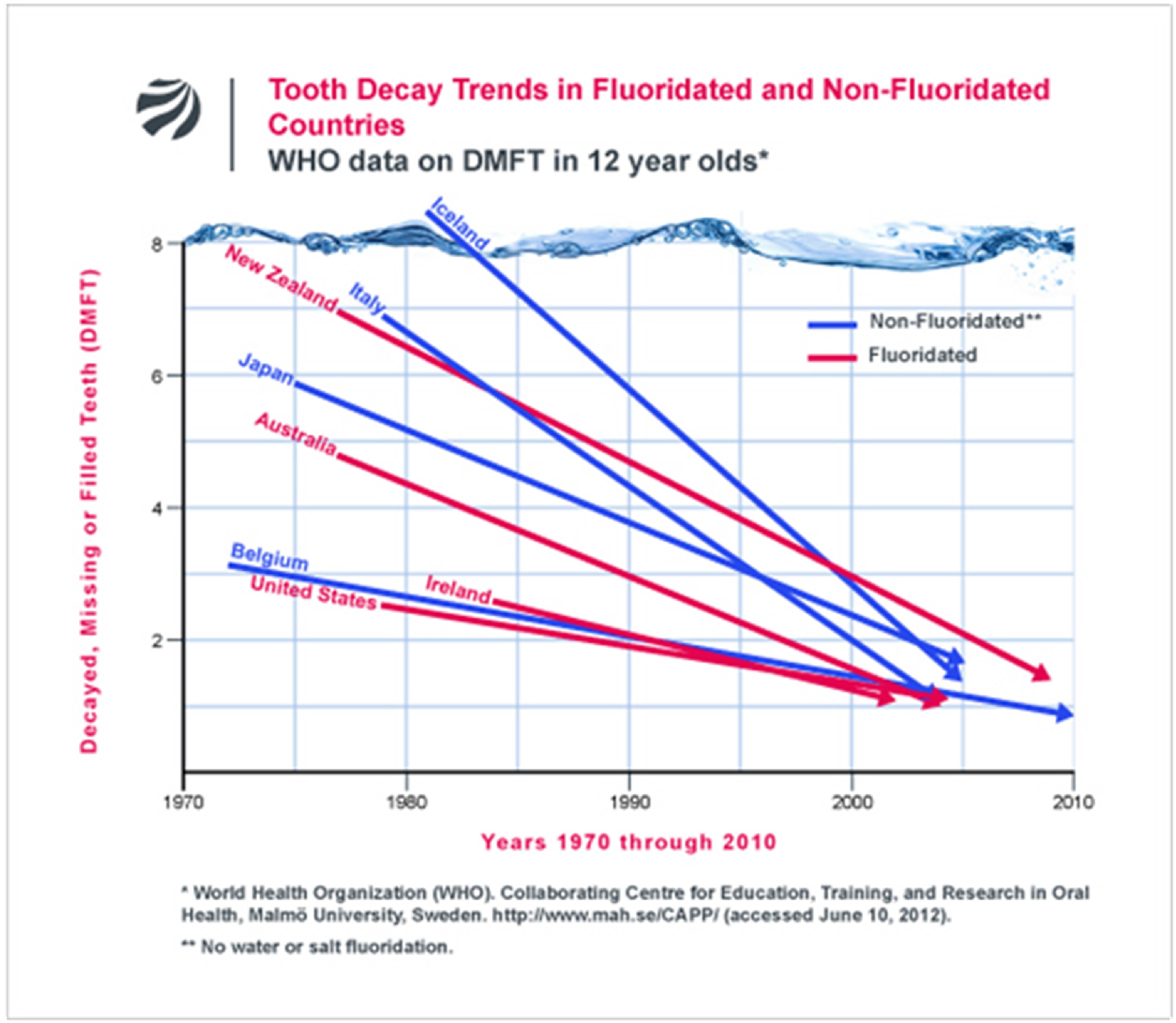 As you can see, the number of decayed, missing and filled teeth (DMFT) has continually declined in the last 40 years regardless of water fluoridation.

As I have written before in my previous posting on The Flaws of Fluoride, studies have shown there is no benefit from ingesting fluoride. Topically, on the teeth, fluoride can help harden the enamel preventing decay. But so can other techniques that are more biocompatible to the body. (See Oil Pulling post.)

Fluoride is not an essential nutrient. This means that no human disease – including tooth decay – will result from a “deficiency” of fluoride. But the harmful effects of over fluoridating, are many, as previously pointed out in The Flaws of Fluoride.

Moving forward, one has to continue to take extra precautions in removing this useless poison from our drinking water. I know I will.

Reply Michael Connor
2:46 PM on February 3, 2015
Brilliant! Thank you Dr. Brand for telling the truth about fluoride. This is such important information and you present it in a clear, concise way.

Reply Dr. Brand
8:29 AM on February 4, 2015
Thanks Michael for the positive feedback. Much appreciated!
/