Is Glyphosate Affecting My Health?

Glyphosate was first introduced in the United States in 1974. It is best known for being the active ingredient in Monsanto’s popular Roundup herbicide. It is used on crops of all kinds, from corn to soybeans to wheat to potatoes. Unfortunately it is now being found in many organic crops as well, due to wind dispersing it from nearby farms. There really is no way to avoid it; glyphosate is everywhere. 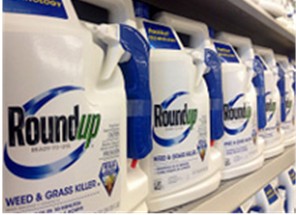 Trace amounts of glyphosate are found in all foods, and as a result, in our bodies. At high exposure, it has been classified as a “probable carcinogen” and assumed to have a significant correlation with non-Hodgkin’s lymphoma. (See usrtk.org/pesticides/mdl-monsanto-glyphosate-cancer-case-key-documents-analysis/

According to one study, the major health issues associated with glyphosate are:

The good news is that it is simple to detox from glyphosate. The challenge is that this detoxing will now be a lifelong practice that needs to be done routinely to be effective.

Most effective ways to detox from Glyphosate:

Gyphosate is a fat soluble toxin. Mobilization of fat from the body is the best way to excrete it. Use of a sauna may be difficult for the majority, but oil pulling is accessible to everyone. You can learn more about Oil Pulling here.